Apostle Femi Lazarus, who was born on November 15th, is the founder of the Femi Lazarus Ministries Ecumenical, also known as FLAME. Pastor Femi Lazarus is the founder and Lead Pastor of the Sphere of Light Church in Ibadan, Nigeria. He is a Public Health Professional and the Conference Convener for Campus on Fire. Pastor Femi is multilingual, speaking Yoruba, English, and Hausa fluently, as well as a little Igbo. 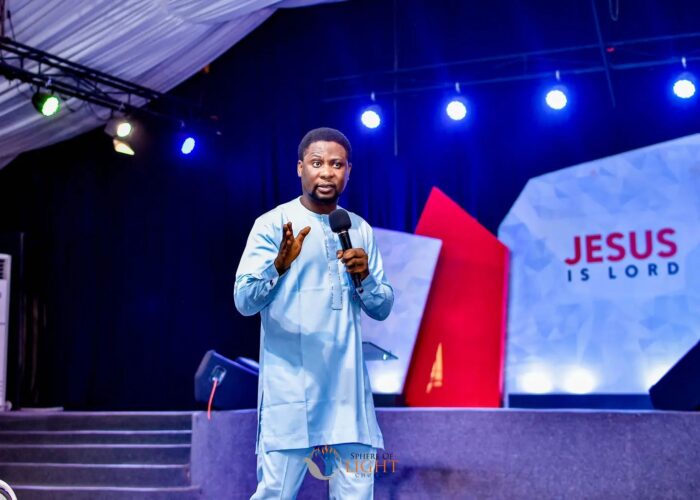 Apostle Femi Lazarus, an indigene of Ogun State in Nigeria, is a selfless and passionate preacher with a vision of liberation as a commandment from God. He is an experienced Gospel preacher who is very intellectual, passionate, committed, and skilled.

His salvation story was unusual, according to Apostle Femi Lazarus. In his own words, “The night I devoted my life to Christ, I returned from a night party. It was simply a basic discussion between myself and my father. The spirit supported him in asking me questions, and that was all God needed to bring me closer to himself. God was chasing me, not the other way around!” The conversion happened after a “simple discussion” with his father, whom he adores and acknowledges plays a major and essential part in his life. He has been involved in the conversion of many people via spirit-filled preaching and teachings since his conversion. One attendance at his gathering will make you sense the tangible presence of God. 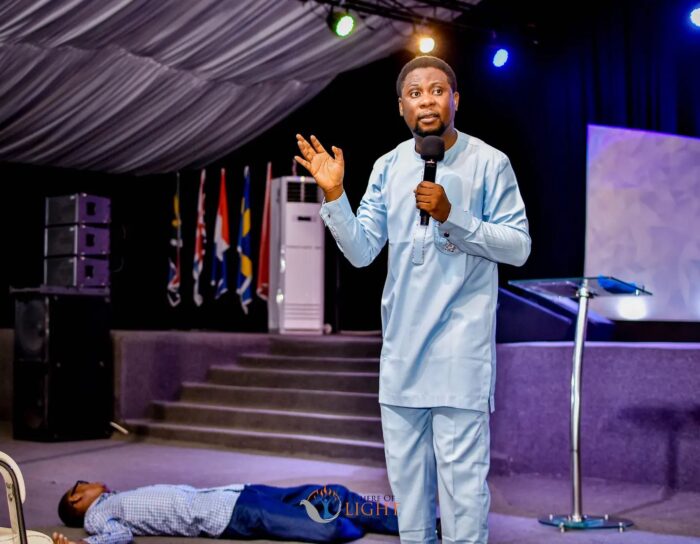 The Founder of ‘School on the Street’ continues to have a significant impact on the lives of many people, both young and old, as evidenced by his receipt of an award at the Royal Awards and Leadership Summit Ceremony held by the Ooni of Ife Foundation on January 18, 2020. “The land I had to depend on God to give support to be able to buy pure water for 5 naira, the same area where I had to ‘prayer walk’ from university to campus gate since there was no 20 naira to take bus, God brought honor from that same place,” he wrote after earning the prize. 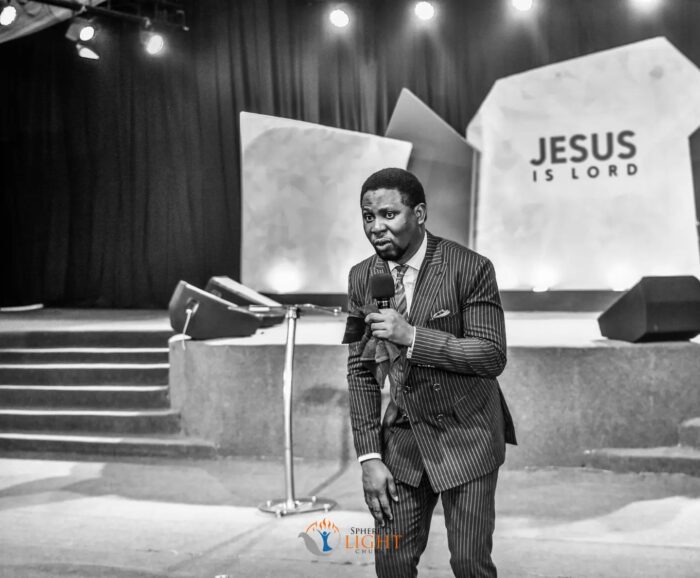 As a man in power, he considers Pastor Bimbo Animashaun to be his spiritual father, and he is recognized for honoring dads in his speeches, teachings, and behavior. He has previously spoken with Fathers of Faith, one of which being Prophet Michael Ojo Olowere, whom he and two other ministers (Pastor Daniel Olawande and Evangelist Lawrence Oyor) visited days before the Latter Rain Conference hosted by the Sphere of Light Church at Obafemi Awolowo University. He is a student of Church History, and he recently debunked a widely held belief about Apostle Joseph Ayodele Babalola’s wife. Pastor Femi Lazarus defended her, saying, “She didn’t maltreat the God’s General as many believe, but locked the door against him to rest, which the General most times doesn’t have because of the General’s robust schedule of programs and ministrations.” 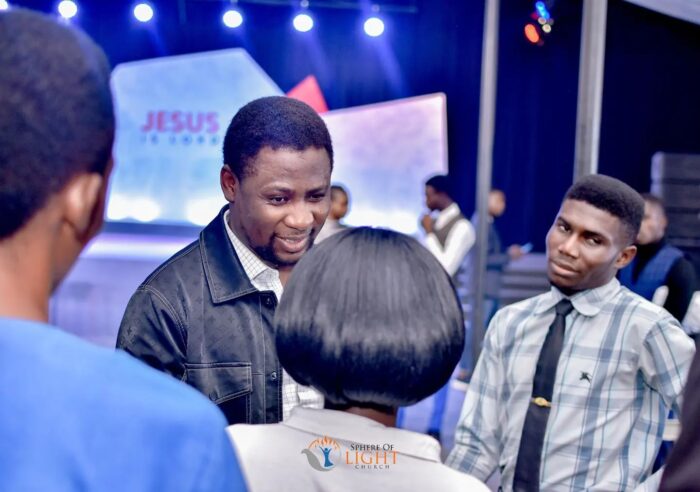 Apostle Femi Lazarus, a Public Health Professional, also hosts the Campus on Fire Conference, which is held in Higher Education Institutions around Nigeria. The recent Conference in The Polytechnic, Ibadan, was filled with powerful manifestations of the Holy Spirit. 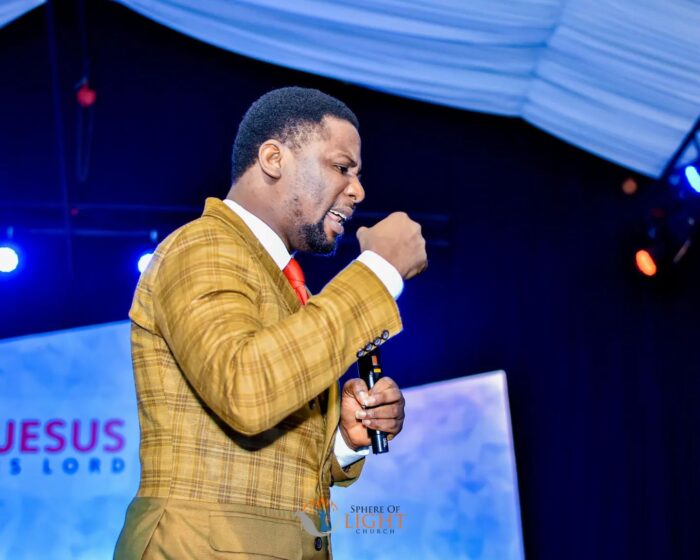 The Guide Pastor of Sphere of Light Church also conducts a free mentoring program called Femi Lazarus Mentorship School, about which he commented, “This is free, it is what I have committed my life to do, to lead people and help them become everything that God wants them to be.” Many young people have benefited from his generosity, and many may credit their spiritual development to his guidance.

Apostle Femi Lazarus is a strong advocate for media balance and accuracy, and on one occasion when he held an online meet-up with media influencers, he admonished that the “Media should not commit Adam’s error of exaggerating God’s instruction, and that God is relying on the Media for accuracy and accurate representation.” It was at this encounter that he exposed the truth regarding Apostle Joseph Ayodele Babalola, which was previously revealed in this article.

He passionately believes and teaches that, contrary to popular belief, in order for a man to realize his destiny, he must first overcome himself, not his adversary, whom he regards as secondary. He also emphasizes that “your fate is not greater than your life decisions.”

Pastor Femi Lazarus is a well-balanced educator. He is also active in the training of many other pastors and has been doing so for many years. His stated mission is to raise God’s end-time army, which is not far from the reality considering what he is accomplishing, particularly among young Christians. On June 12th, 2022, he was also ordained as an Apostle during the Festival of Life Anniversary of the Sphere of Light Church in Ibadan.

Pastor Femi Lazarus leads a weekly online Bible study using the Telegram app to teach the word. He also launched the Slum Education Initiative out of a genuine desire to bring children to school, particularly those who have no other option.

Pastor Femi, an Obafemi Awolowo University, Ile-Ife graduate, is blissfully married to Pastor Miracle Ajala. Pastor Miracle Femi Lazarus, born on January 1st, is a graduate of Bowen University, Iwo. She is a Christian author and the founder of Mimie Passions, where she writes on godly living and virtues. She is also a cheerful and caring microbiologist. The couple married on December 12, 2020, and welcomed their first child, Mofifunoluwa Abigail Femi-Lazarus, on November 26, 2021. They pastor the Ibadan assembly, which is the headquarters of the Sphere of Light Church, together.

Messages of Pastor Femi Lazarus are available for download:

To download Pastor Femi Victor Lazarus’s spirit-filled messages, please follow the links of message titles displayed below with the original ministry website URLs for you to download to your device. We gathered them to alleviate your search anxiety (and will update this list subsequently). We also recommend visiting Pastor Femi Lazarus’ Official Website or the Sphere of Light Church Ministry’s Official Website to obtain other materials that you may not find here. This is due to our Content Upload Media Policy. 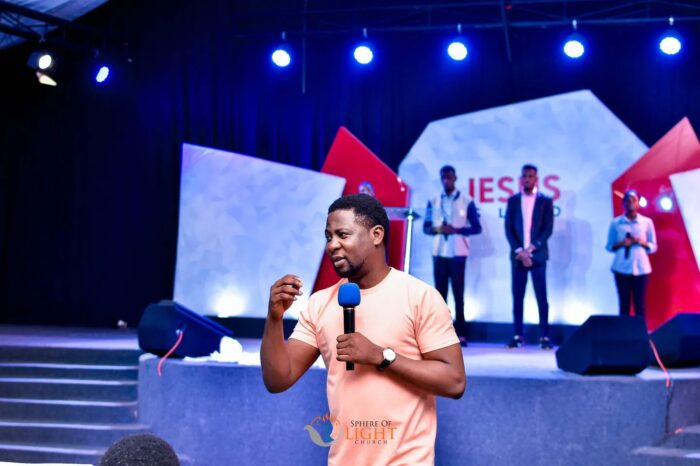 To facilitate your search, these Message Titles are also organized alphabetically. Download, listen, be blessed, and spread the word!